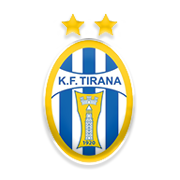 Young Boys will be aiming to build on a 2-1 win over Zurich when they host KF Tirana at their Stadion Wankdorf on Thursday evening. Young Boys are eager to bounce back from the Champions League defeat to Midtjylland, and they are likely to go all guns blazing at the Albanians. Over the years the Swiss outfit have turned their Stadion Wankdorf into a real fortress, and they are unlikely to face any difficulties in the Europa League playoffs.

FK Tirana, on the other hand, suffered elimination to Crvena Zvezda in the Champions League second qualifying round. The Albanian champions obviously struggle in front of goal, and given the number of high-profile footballers in Gerardo Seoane’s team, we are positive that the visitors are going to return home empty-handed. Cameroon international Jean-Pierre Nsame, who scored 32 goals in the Swiss Super League last term, will be the man to watch in the home team.