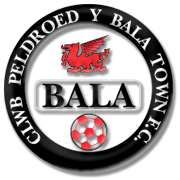 Standard Liege and Bala Town face each other in a David-vs-Goliath clash in the Europa League second qualifying round. The Red Devils have been producing fine performances at the start of the season, but they can’t afford any complacency in Thursday’s showdown. Standard are a real force to be reckoned with at home, and even though the game will be played behind closed doors, we believe that home win should be considered.

It has to be noted that the Belgian outfit recorded five wins in the last six home games in the Europa League. Bala Town, on the other hand, did well to beat Valletta in the Europa League first qualifying round. The Welsh outfit aim to claim yet another major scalp in the qualifiers, but spoiling Standard Liege’s party at Stade Maurice Dufrasne is easier said than done.