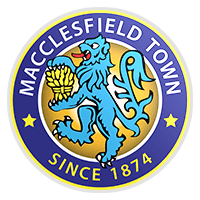 Tuesday’s football game at Moss Rose Ground pits together Macclesfield Town and Plymouth Argyle, the two sides who sit in the opposite halves of the standings. Macclesfield Town have been slipping down the standings week by week, and, no doubt, they could find it hard to avoid relegation to the National League. The Silkmen are determined to put an end to their five-game winless run in the League Two, but they will have a big fish to fry in the postponed fixture against the promotion-chasing side.

The Pilgrims aim to climb to the top three in the standings, and they are likely to beat the relegation strugglers, who experienced all sorts of problems at the back in back-to-back losses to Morecambe (0-2) and Exeter City (2-3). Plymouth are eyeing their third consecutive win in the league as they defeated Salford City (3-2) and Crewe Alexandra (2-1) in the previous two league matches.