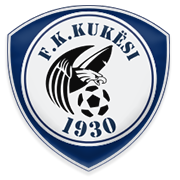 Kukesi have been handed a tough draw in the Europa League second qualifying round as they take on Wolfsburg on Thursday evening. The Albanian outfit aim to build on a 2-1 win over Slavia Sofia, but the Bundesliga side will pose a much bigger threat for the hosts than their previous rivals. The Wolves, on the other hand, have been scoring goals for fun in preseason, and they are likely to stick to their attacking style of play against Kukesi.

Wolfsburg chiefs did well to sign the likes of Bartosz Bialek and Maxence Lacroix in the summer transfer window, and they should make their Europa League debut on Thursday. Anyhow, Wolfsburg are more of a team than Kukesi, and we predict that the Germans are going to prove their worth on the field. A man to keep an eye on in the away team will be Dutch international Wout Weghorst, who is likely to make life difficult for the opposition defenders.