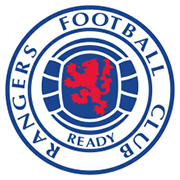 All eyes will be on Easter Road when Hibernian and Rangers face each other in the Scotland Premiership derby on Sunday. Rangers are eyeing their fifth consecutive win over Hibernian in the national championship, and given their current form, it is no wonder the odds for away win have been dropping. The Gers are determined to put an end to Celtic’s dominance in the Scottish top flight, and we are positive that they will stick to their attacking style of play.

Scott Arfield is pushing for a start after finding the net in the 4-0 win over Dundee United. Both Ryan Jack and Brandon Barker are likely to miss Sunday’s game with injury as the duo was forced to leave the pitch in the first half against the Terrors. The Hibs, on the other hand, aim to build on a 3-0 win over St. Mirren. Hibernian have been producing much better displays on the road than on home soil this season, which is yet another reason why away win should be considered.